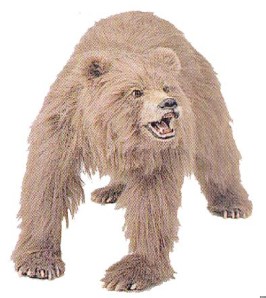 A recent “Google” search of the title of this post yielded nearly a half million search results– obviously a Hot Topic!  In recent years, the discussion has become more highly charged as humans realize they can no longer ignore the negative impact our species has had on nearly ever other sharing this fragile planet.

Dedicated organizations have arisen with a goal to curtail and hopefully eliminate these abusive practices here in the US and abroad.  Their efforts are commendable but it will take a complete mindset change to reverse our well-worn destructive course. Businesses as well as individuals must get on-board and take responsibility for our careless handling of the Earths’ delicate ecosystem.

The Entertainment World encompasses a broad range of businesses; far too many to discuss here, so I will pick just two: the modern day Circus and today’s Film/TV Production arena.

Many conscientious Circuses around the globe have ceased abusing animals in their rings and Film Production companies have for the most part done the same.  However, there are many “cheaters” out there who to this day profit from the destruction of animals; companies that use harvested animal parts (some protected and endangered) in the fabrication of their props and costumes.

Whether because of the high cost of realistic fake fur or the belief that synthetics just don’t look as good as real animal hides, there are prop shops in Hollywood and elsewhere still engaging in the objectionable use of real animal fur to cover fabricated creatures designed for entertainment use.

I and many like-minded artists and performers believe that this practice has no place in today’s world.   Synthetic materials can be substituted for animal hides and should do so in every facet of entertainment.

Since we opened our doors in 1999,  all of the props & costumes of AnimatronicBear.com and AnimatronicPanda.com have been 100% cruelty-free and always will be.   Plus, as we like to say, It’s “as real as it gets, without the shedding”!  AnimatronicBear / AnimatronicPanda represents a character-for-hire agency which supplies professional talent + photo-realistic artificial creatures for productions world-wide.  Check out our YouTube channel!

This is my Extreme Puppeteering portfolio!  Stay tooned, there is more to come.  For now, check out the original website